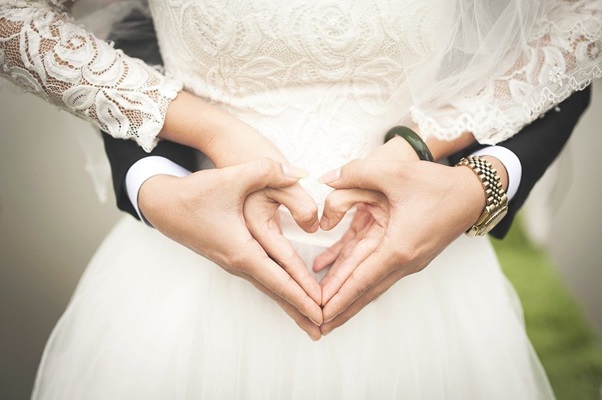 5 Interesting Wedding Traditions from Around the World

As time goes on, even with the internet and satellite television, it seems as though so many of our customs have become rather generic. We think of a wedding as a couple walking down the aisle to be wed by a minister or justice of the peace. Then we assume everyone will gather at a venue where the reception is to be held. In all honesty, isn’t that what you think of when you are asked to envision a wedding? The one tradition we are most aware of is the old superstition where it is bad luck for the groom to see the bride on the day of their wedding before their vows are said. As ‘interesting’ as that may be, some of the traditions from cultures around the world are even more interesting than that.

1. Gift of Wooden Spoons in Wales

Traditionally, the groom would hand carve wooden spoons to be presented to the bride on the day of their wedding. These were called “lovespoons” and they were typically used as a decoration on a keychain with the keys signifying the gift of the key to his heart. If you are invited to a traditional Welsh Catholic wedding, you might want to consider a wood print picture of Raphael angels. This would be among the nicest of Catholic wedding gifts because it is done in wood and the carved spoons with keys could be hung beside it.

2. The Releasing of White Doves in the Philippines

This is really one of the loveliest of traditions from around the world. In the Philippines the couple will exit the church and there release a pair of white doves into the sky. One is male and the other female and it is said to signify what will be a long and harmonious life for the newlyweds.

3. Marrying a Tree First in India

This is a rather odd tradition among Hindu women. If they were born during a specific astrological period, they are said to have a marriage that is cursed. However, if the bride marries a tree first, then cuts it down, the spell is lifted, breaking the curse.

4. Groom Must Prove His Worth in Russia

Can you imagine what it must be like for the groom to be required, by custom, to go to the home of the bride’s parents on the morning of the wedding? It is tradition for him to prove his worth by either showering her family with gifts or paying a ransom. However, if he is unable to do either of those things, he must sing and dance until they let him stop. How humiliating would that be?

5. Thirty Days of Tears Before the Wedding in China

This rather odd tradition comes to us from the Tujia people of China. It begins 30 days prior to the wedding when the bride begins crying for an hour a day, yet these are said to be tears of joy. After ten days have passed, the bride’s mother joins her in her waterfall of tears and then after another ten days, the bride’s grandmother joins in. During those final ten days, they are joined by other women of the family and the result is said to resemble a song of great joy as every woman is weeping in different tones.

It’s interesting to think about all the traditions we might consider odd, but to those ethnicities, they are the cultural norm. Have you ever witnessed any of these traditions among family and friends? 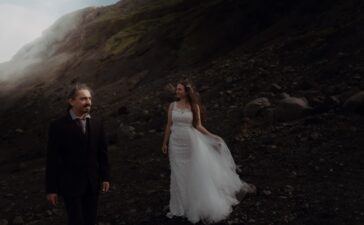 Capture Your Magical Elopement in Iceland with a Professional Wedding Photographer! 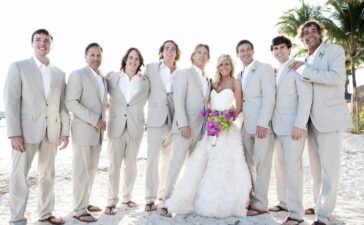 Best way to wear flip-flops to a beach wedding 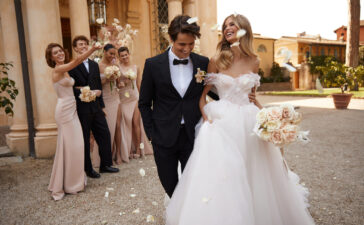 How to Choose the Perfect Wedding Dress for Your Big Day?